The Twitch for Game Developers playbook is designed to give producers, developers and marketing leads working on different types of games the actionable next steps to integrate Twitch into different stages of a game’s lifecycle.

The Road to Launch & Launch

Engaging with streamers when your game is in active development and building a campaign with on-Twitch beats from announcement through launch will help you maximize promotion efforts and ultimately, drive more interest in your game. We also recommend creating similar campaigns for major events like new expansions or characters for Emergent Live Service titles.

This section covers the period from announcing a game through the first month after launch. It is primarily for the game marketing lead.

At this stage, you care about:

Use these programs to achieve your goals.

Bethesda’s "Tablet" Extension for Elder Scrolls Online: Elsweyr turned viewers into active participants in its reveal. The Extension unlocked the announcement with viewer interaction; 511,000 unique viewers watched the stream on the trailer launch day. There was an additional Extension that incentivized viewer participation with in-game and IRL prizes as well as the ability to pre-order the game.

Level of effort: Varies based on complexity of Extension

E3 is generally the largest week on Twitch. In 2018, over 2.9 million concurrent viewers tuned in to Twitch, smashing the previous record of 2.5 million concurrent viewers in January. The total viewership of E3 content year over year increased 71 percent and unique views 81 percent. Twitch also often sees hundreds of thousands of viewers for Blizzcon and other publisher-specific trade events. We recommend showing your pre-show, show, and post-show on your official channel and also making it available for co-streaming. We recommend using our forthcoming press conference Extension to create simple interactive polls and to drive pre-orders. We strongly recommend encouraging other streamers to co-stream your press conference and other major events to amplify the impact.

During E3 last year, Bethesda created their own Extension, which asked viewers to link their ESO and Bethesda.net accounts, to enhance the viewing experience of their Showcase—complete with trivia, polls, and an opportunity to get free items. This encouraged viewers to not only watch, but also interact with the stream and amplified coverage of announcements well beyond the audience at E3.

Launch Campaign with Bounty Board

You only get to launch a game once, so pulling all the levers is critical. You can use Bounty Board to recruit streamers and run interactive ads on Twitch to maximize lift during your game’s launch window. You can also use Extensions on your official channel to drive sales.

To promote Ubisoft’s newest racing title, The Crew 2, Twitch focused on engaging core racing game fans as well as general gaming fans by enlisting as many Twitch influencers with these audiences as possible via Bounty Board. Activating variety streamers as well as core racing fans allowed Ubisoft to put The Crew 2 in front of viewers that would not have sought out a racing game otherwise, but when given the opportunity, enjoyed the content streamed by their favorite influencers. 215 influencers activated the Bounty, resulting in 68,000 total views, 102,000 unique viewers, and 66% of viewers stayed on the channel for two or more minutes.

Level of effort: Less than a week

Apex Legends used ads on Twitch to promote the upcoming launch; the game took just eight hours to reach one million players and hit 25 million by the first week.

Drops allows game developers to offer special offers, content, or in-game items to Twitch viewers who watch your games. Drops convert viewers into players, because viewers get in-game items that are only worth anything if they play the game; they need to be a player to derive benefit from it. Dozens of game developers have used Drops to improve player retention and spend. 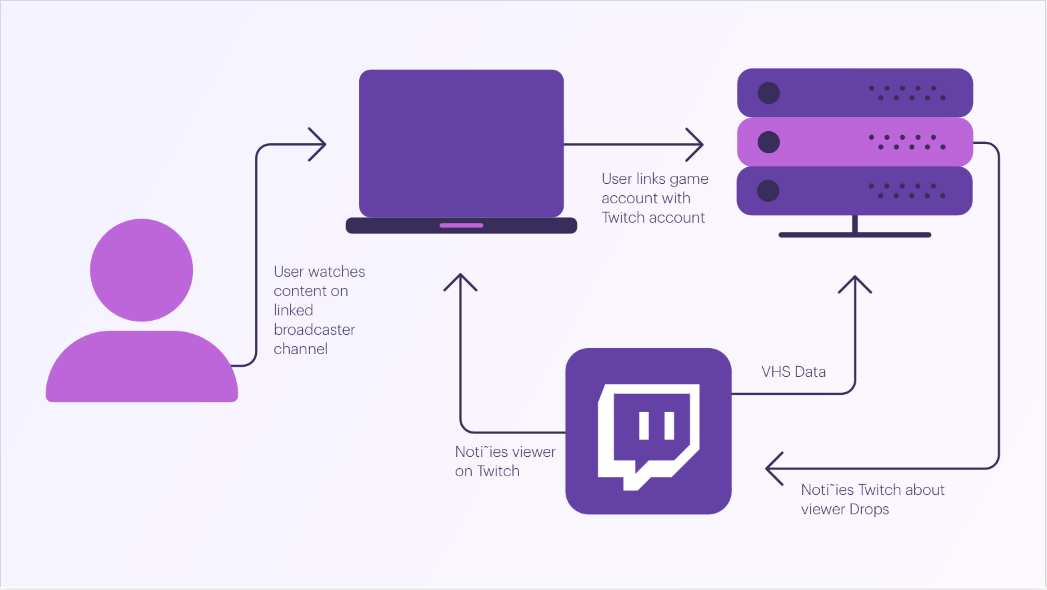 Twitch enables you to promote discovery of your game’s mods through the Twitch desktop app, where you can also manage them, and to drive additional discovery with a mod manager Extension on Twitch; the Extension allows a streamer to show off what mods they are playing to their community and then enables people to download and play the mod with their favorite streamer. Twitch also supports mod developers through a rewards program. Other developers are building free content for your game, which helps with organic retention and acquisition.

Blessing and Curses is another mod for Stardew Valley that adds a random chance to gain a random buff or debuff every x amount of days. If a streamer connects their Twitch account and channel name, Chat can choose from three randomly shown buff or debuff options. By using Twitch as a focus, the mod gives viewers a way to interact and affect game play on a whole new level.

Recommended for all game types if applicable.

Account link. Remember that you can ask viewers to link their accounts during these campaigns, so you can capture email and re-engage the qualified audience. 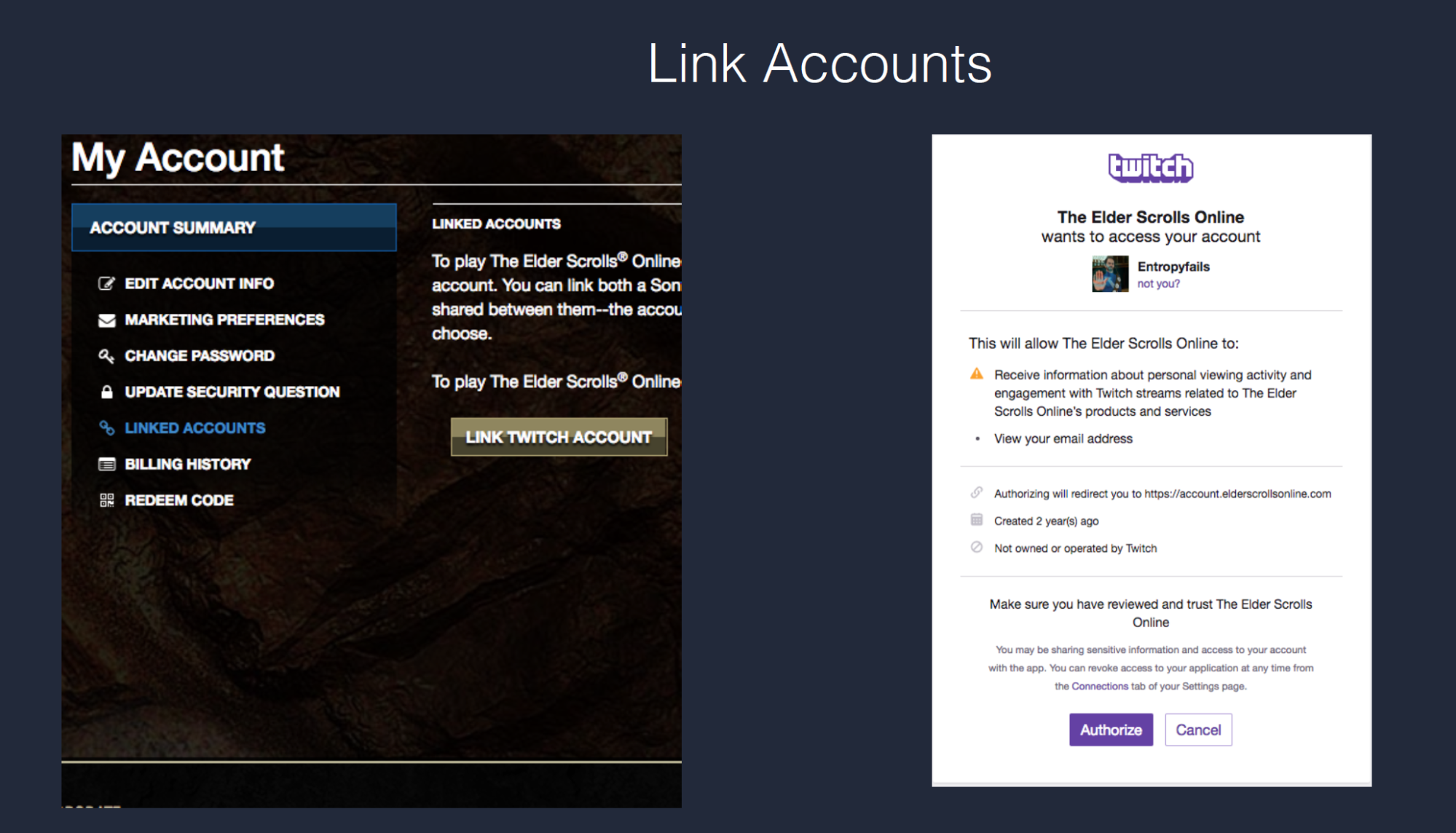 Developer streams. Twitch users love to hear from devs. We recommend regularly updating gamers about upcoming releases and beta campaigns. You can amplify your impact by inviting Twitch streamers into your studios to play games and costream these updates. Paradox Interactive, for instance, regularly broadcasts updates—to approximately 50,000 concurrent viewers—about new releases and new features followed by experts and streamers playing the games and answering questions from their community.

Things to think about

In your Road to Launch and Launch phase, think about:

Besides the recommended programs at whichever stage you are in your development cycle, there are a few things you can do now to see the benefits of Twitch integration immediately:

2. Visit the documentation for more information and how-to guides.

3. And as always, let us know what you think by connecting with us @TwitchDev on Twitter, in the Developer forums, or on our monthly live broadcast (follow us for notifications when we’re live).